Everyone in the Northern Hemisphere knows what the Northern Lights are and have observed it, even in spectacular photographs. But what if someone wants to see the Aurora Australis in South America? Well, it is very simple, contact us and we will explain how to achieve it. What’s more, if you wish, we can even take you to the perfect place to see it.

What is the Aurora Australis?
As we have mentioned, it is also known as polar aurora or aurora polaris. We are talking about a luminescent phenomenon that can be observed in the night sky in the polar zones, either in the south or in the north.

Undoubtedly, it is one of the phenomena that nature provides us with the most spectacular that exist. Especially when we know that, although we see it here, on the ground, as if it were very close, it occurs hundreds of kilometers high when protons and electrons that come from the Sun are trapped in the polar magnetic field.

This phenomenon causes a curious effect of colors and diverse shades that seem to want to paint the night and starry skies of the Earth. Therefore, given its spectacular touch, but also romantic and almost mysterious, in places like Argentina it has been baptized as the lights of the south.

It is true that you can enjoy this phenomenon in other countries of the Southern Hemisphere such as Australia or New Zealand. However, from Argentina you can enjoy several spectacular options that we are going to tell you right now and that are really surprising and unique, because they provide an experience that is not otherwise possible to live.

Travel to Argentina to see the Aurora Australis.
Once you make your trip to Argentina, if you really dream of enjoying the polar aurora, you will have to go very south, until you almost touch Antarctica with your fingertips, in the southernmost city in the world, and one of the coldest on the planet, Ushuaia.

There is no city closer to Antarctica than the cold city of Ushuaia which, in addition, is among those that register lower temperatures on the planet, another of the great attractions of the town. It is a few kilometers from the Antarctic Circle and offers wonderful and spectacular ice landscapes, in addition to the surprising and almost supernatural southern auroras. 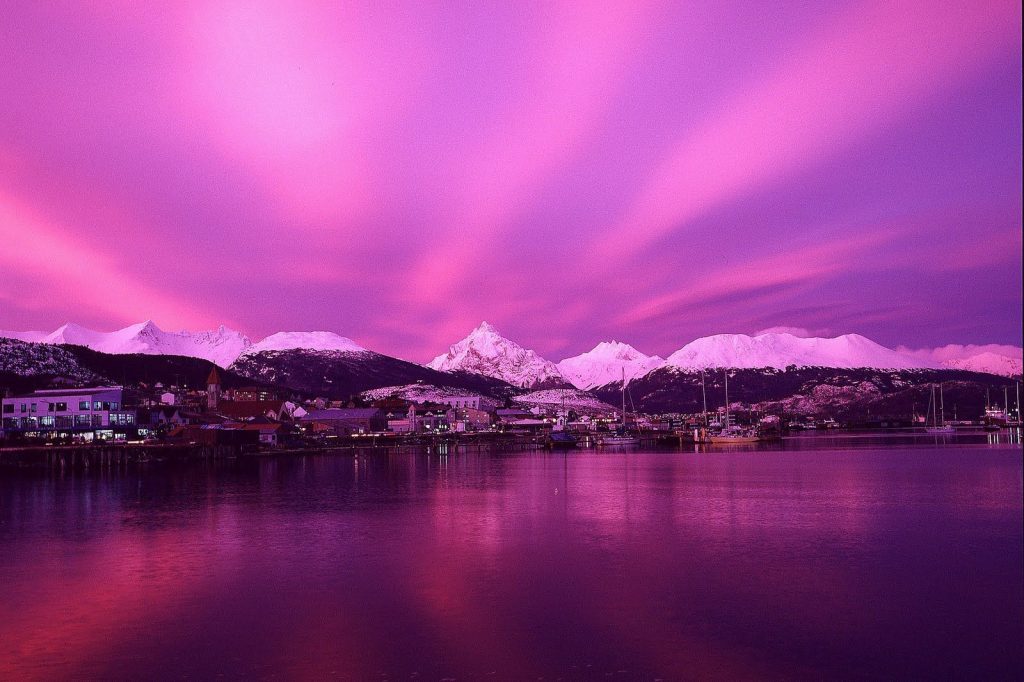 Make the leap to Antarctica.
But, if you really want to see the Aurora Australis in all its magnitude, you can dare to take the leap and do it from the coldest continent on the planet, Antarctica.

Being so close to the southernmost city in the world of the white continent, you can travel to Antarctica from Ushuaia taking advantage of the boat and cruise trips that depart from this town.

Also, if you are in Chile, you can make a similar trip from the city of Punta Arenas, where you will take a cruise that will take you on a unique expedition in the world to know a continent that very few human beings have managed to tread.

Trip to the Falkland Islands to see the polar aurora.
Another valid option that you can take advantage of on your trip to Argentina and its southernmost area is to embark on a boat to know the Falkland Islands. This archipelago that has been the subject of controversy between the United Kingdom and the South American country is another magnificent corner to see the aurora australis, to meet elephant seals and to see penguins in their natural habitat.

When to travel to see the southern lights?
If you want to enjoy on your trip through South America the southern lights, that is, the polar aurora, the best time is to do it during the autumn and winter months in the Southern Hemisphere, that is, between March and September in the south. This is the ideal time to enjoy a magical event.